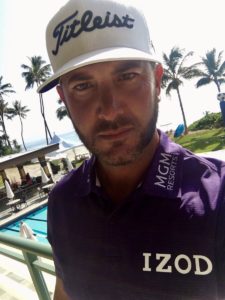 “We’re extremely excited to renew our partnership with Scott and develop our relationship with David,” said Mike Kelly, Executive Vice President of Marketing for PVH. “They both embody the spirit of the IZOD brand – as seasoned winners with a competitive spirit, and as energetic players who are poised for continued success. We look forward to working with both champions as they continue their careers and build upon their legacies.”

Piercy and Lingmerth will wear the complete IZOD Golf line consisting of shirts, pants, belts and socks. They will also be featured across IZOD’s website and social media channels. All IZOD Golf apparel seen on tour will be available for consumer purchase at participating national retailers in the U.S.

“It’s a pleasure to reunite with an iconic American golf brand like IZOD,” said Piercy. “I have the best team on the tour and IZOD is such an important part of it.”

“It is a tremendous honor and big step in my career to partner with a brand that I have long recognized and admired,” said Lingmerth. “I’m looking forward to working with Team IZOD and honored to join Scott on the pro roster.”